Once I had settled on the theme of the game, it was time to work on the mechanics.

I'm not sure I have finished working on them yet. 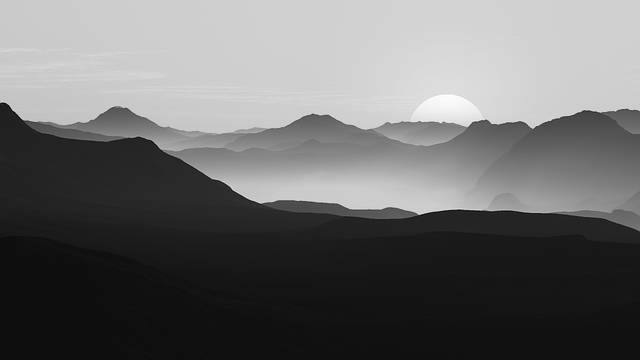 I knew I wanted something in the game which was mostly out of the player's control - the lack of control, lest I forget, is one of the pillars of what I wanted to communicate with the game.

I also wanted it to be simple, and to be playable with cards because I love cards and just the feeling of shuffling them and turning them over is like touching wrapping paper before getting a little surprise for me.

Finally, I wanted to strike a balance between mechanics and narrative. It was always going to be narrative-heavy, what with the theme, but I wanted the player to have *some* choice over the outcome of the game. My previous game, My Life in Cardboard, was highly introspective but it wasn't really "a game", more a series of creative writing prompts.

After some testing, and flirting with the idea of using tarot cards, I settled on the current mechanics. Out of a deck of 24 cards (2-7 all suits), four cards are laid down which represent how the seasons of the year will go. These are called Omens. No choice, you set them down in order - that's simply what will happen. Thematically, I liked the justification for this: you can't affect nature, but as a greenseer oracle you know how to read it. You have to convince others that you can change how the seasons will go by using this knowledge.

So you draw and place other another four cards (Rituals) trying to match or better the ones which represent the seasons (in a nutshell). There was some slight decision making and some writing to be done as you describe the ritual for each season, as well as how it's received by your village chieftain who is both "the game" trying to beat you and the thematic narrative pressure.

However, initial feedback I got was that this was not the best of both worlds - it was in fact, the worst of both. While the theme was praised, there was not enough agency in the game, and not enough roleplaying in the rpg.

I decided to divide the game in two - the mechanics and the theme. I iterated on the game first because I felt the theme was strong and had enough space there to explore.

With the mechanics, however, it felt like I was trying to undo a knot in a boat's rope while not letting the boat float away.
The only choice being made in the game was between rounds, so I tried to find a way of making choices within the a game round.

In the original version of the game, you either needed to match or beat the first set of cards (Omens) with the second set (Rituals). This however meant there was little decision making: either win or lose. I struck upon the idea that matching an Omen to a Ritual should be worth more than "merely" beating it. Thematically this made sense (the chieftain distrusts you if your ritual is inaccurate, whether positively or negatively) and meant that you could choose to match a Ritual to an Omen for a greater reward, but also at the greater risk of not having the right cards later to not lose fail the other Rituals.

Beyond that, I came to the conclusion the game doesn't have enough decision space for more in-round choices; so I added more in-between rounds, and made the game less forgiving so the few choices you do have are tense and feel like they matter more.

Initial testing was good, and that is the version of the game as you will see in the next few days. Next time, I talk about how I expanded theme to get the R of RPG right.